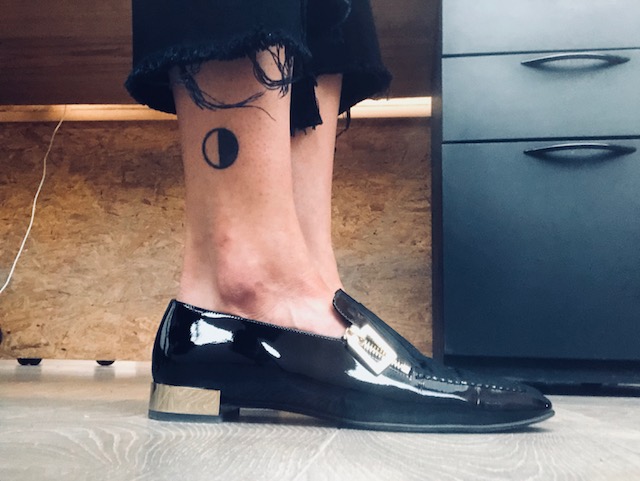 I’ve grown up with what I call “my great conflict”. A conflict between what is my physical self and what you could describe as my character or personality. Whenever I went to my therapist, whenever I had a moment alone late at night in my bedroom, or after long evenings whenever I drank so much wine I lost all inhibitions, I would ask myself, “Who would you have been with a different body?” I would then often cry, belittle and blame myself for feeling so pathetic.

I wouldn’t be surprised to find that this is not an unusual question or situation. I would bet that many have asked themselves a similar question. Who would I be if I could hear; if I could walk, If I could see, if I could lose weight, if I were taller, shorter, if I were a man, if I were a woman, if I had darker skin or lighter skin? So many things we are spectacular at being displeased with.

In my experience, this question has come up as a way of often rejecting who I am because of a physical attribute I so whole heartedly refuse to accept as part of me. It has meant questioning the strength of my character which would often seem to balance delicately on the fact that something had happened to me which was out of my control.

Am I me because my home life informed my behaviour and genetics predisposed me to have certain personality traits? Or am I me because these personal experiences I dislike and am tormented by, molded me into behaving in certain ways I struggle to come to terms with?

My former therapist, I believe like any other therapist, would say I was a mix of both. But the thing is, there was a lot of myself that I simply didn’t like which then prompted the question. I was so angry at what I hadn’t had control over that I therefore relinquished power of the one thing I actually did have control over, my choices. For the longest time I have been living with that oxymoron.

I quite often did things I knew I wasn’t pleased with. Things that put me in danger and hurt those around me. Things that I knew I would have to carry with me for the rest of my life. Things that allowed me to indulge in the anger I was experiencing over the one thing I felt I had been cheated with, my body.

Instead of dealing with what I was feeling, I decided that I was better off throwing my hands up in the air than actually working on what was really going on. Therefore my body was one thing, my mind was another. My body was an object and my principals, thoughts, and beliefs were something else entirely and I became really good at tricking myself into believing  I was separating them both.

There was a certain pride that came with feeling like I was able to detach myself in that way. It made me feel superior to all the other silly people that cling to their body as if their persons were based on what I considered to be the frailty of something that will eventually cease to exist. No. I was above the silliness of the physical world. I was my convictions and principles. I was what I spoke up about and defended and studied. I was not a mere mortal. I knew my body was a temporary vessel for what was the greater goal, leaving a mark that would live past the working brain and beating heart.

This duality became a coping mechanism. It became a way of detaching from the physical world and letting me get lost from the reality I was trying so hard to get away from. Like a drug addict, I needed ways of crawling out of my skin so I could forget that I actually couldn’t get away from who I was no matter how hard I tried.

More therapy, more crying, more yelling, a not so nice boyfriend, and long discussions with friends and family have ensued. And a tattoo. A circle on my ankle that is half filled and half unfilled. Half filled with everything my body had been through and half unfilled with everything I’d thought about the world and my place in it. The circle was my long life struggle to accept that I was one whole piece and I had no choice but to accept it no matter how many times I tried to get around the subject.

The tattoo was not about the end to my great conflict. It served as a self admittance that the conflict was even there to begin with. It served as a way of owning up to what I had been through, what I had put myself through, and what I was working towards. It continues to be a symbol of all of that as I keep working to make sure that the circle remains a circle.

For now, all I can say is that: while I wish much of what is real, wasn’t; I accept that it is and I am only a mere mortal.