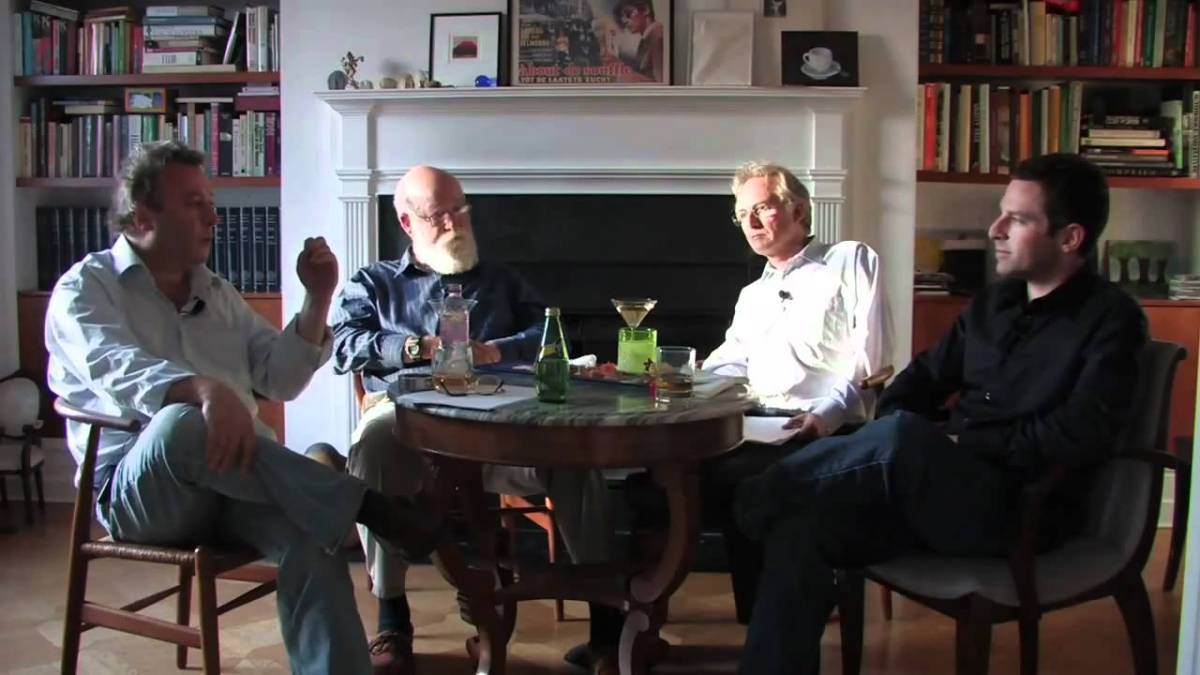 This is a great video of great minds in discussion. In an in depth conversation of religion, philosophy, and the struggle for their cause; Daniel Dennett, Sam Harris, Richard Dawkins, and the late Christopher Hitchens open up earnestly about their work, their critics, and how they understand each other. It’s quite long and no action, so I suggest it as a podcast while you work, clean, cook, or do whatever you do.

I grew up in a spiritually Catholic environment and stopped practicing in my early teens. Before that, I already had begun to question my faith which caused me much trouble. When I moved to New York, I picked up Dawkins’ The God Delusion and every doubt I had was confirmed and reaffirmed. I never looked back. From there I began my research and since then, have engulfed myself in religious debate. This video is different in mood and context of which these men are known to present themselves. They are having an earnest and challenging conversation with each other. Often established as offensive and arrogant by pundits, this video honestly demonstrates the men behind the headlines.

I’ve been a long time fan of these men. Not because I hold similar ideas and convictions, I’ve become admirable to their intellectual tenacity and fearlessness towards being debated. Even if you are a believer of a specific organized religion or hold yourself to be an agnostic, I suggest you look at their work for the mere concept of being emotionally and intellectually stimulated in one capacity or another.